Brexit: Church of Scotland reacts to decision to leave EU 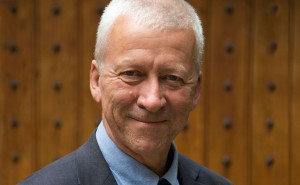 Rev Dr Richard Frazer, Convener of the Church & Society Council, has given this reaction to the UK’s decision to leave the European Union.

“The UK has voted to leave the EU at the end of what has been, at times, a bitter and polarising campaign. I believe this is a decision which many people will regret. The Church of Scotland has spoken out consistently over the last 20 years in favour of our continued membership to the European Union – but it is the democratic decision of people living in the UK and we must honour that. In Scotland, the majority voted differently and this will inevitably raise questions about Scotland’s future in the rest of the UK. That is for another day.

The natural inclination of the Church has been internationalist, because our Christian faith does not recognise borders but sees the world and all its people as one. We are part of a world-wide community with a responsibility to one another and the whole of creation. Over recent years, the urgency of taking that international responsibility seriously has become more clear as global poverty, environmental degradation, and the refugee catastrophe call us to find co-operative and international responses.

It feels as though this vote is a vote against that spirit of international co-operation and those who have campaigned to leave have rarely addressed some of the issues that we in the Church of Scotland feel are crucial. Least of all,this vote hardly seems to be an act of solidarity even with our friends in places like Greece, which is going through so much turmoil at the moment both economically and in bearing the brunt of the refugee crisis.

Today, it is important to recognise that those who were our neighbours yesterday are still our neighbours today. And our neighbours are not just those we live next to but, within the Christian tradition, anyone who is in need. At a recent meeting of the Church of Scotland’s Church & Society Council, we heard from the Scottish Faiths Action for Refugees coordinator about his recent visit to Lebanon where over a quarter of the population of that country are Syrian refugees. They too are our neighbours.

The UK has made a momentous decision but it must not be construed as us pulling up the draw bridge. We are citizens of Europe and the world – and our future and the future of others is dependent upon us working together.

Closer to home we also need to play our part, together, in healing some of the divisions which have opened up and in promoting a more generous spirit between and towards our political leaders.”