Children’s Day: Europe must create a safe space for every child 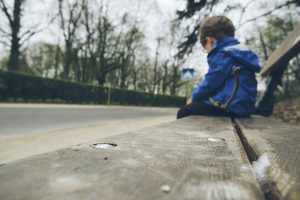 On the occasion of the Universal Children’s Day on 20th November, Eurodiaconia wants to draw attention to the situation of child well-being in Europe. In contemporary Europe, many children still have to suffer from poverty, exclusion, a lack of perspectives and hope for the future. Eurodiaconia members who are social service providers working on the ground with children and families in poverty witness their sad reality on a daily basis. However, they also believe in the potential of the Recommendation for ‘’Investing in Children’’ to change the situation.

In last month’s debate in the European Parliament, Anna Österberg from Eurodiaconia member ADIS shared the heartbreaking story of undocumented children in Sweden, growing up in an uncertain environment which leaves them with unclear perspectives for their future (read the story here).

During this years’ Roma network meeting, members shared the stories of Roma children growing up in poverty and social exclusion. The meeting displayed the deeply rooted stigmatization of the Roma community and the impact it has on people’s life, specifically harming children and youth.

A report on homelessness from this summer has furthermore shown that children are subject to extreme poverty and material deprivation. Some families with children are forced to live on the streets and do not receive sufficient social protection by the state. Among Europe’s homeless, there are furthermore a growing number of young people who have to fight their way through alone, without effective social systems, and without family bonds that can protect them (find the report here).

Homeless children living on the streets, undocumented children being denied a secure future, and Roma children experiencing exclusion and stigmatization are only a few examples of the realities some children have to deal with on a daily basis in Europe. We have to stop turning a blind eye on the suffering of the most vulnerable in our society and create an environment in which children can grow up without fear and material deprivation.

Eurodiaconia members are doing their best to advocate for more child-friendly policies while taking care of those that are left behind. But that won’t be enough to ensure a secure future for Europe’s most vulnerable. In order to create a safe space for every child, European governments must step up their efforts and reinvest in a social infrastructure that addresses child well-being in an integrated way. The European Commission recommendation “Investing in Children” laid out a roadway to achieve this goal, now it is up to Member States to follow that road.