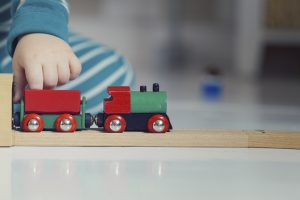 The document provides an honest overview of the current implementation status of the Recommendation at EU and Member States level. It reiterates the message that investing in children is not only an ethical imperative, but also cost-effective for society as a whole. We commend that the document reflects the holistic, three-pillar approach of the Recommendation and mentions the specific situation of particularly disadvantaged groups of children (single-parent and large families, Roma children, children with disabilities, children in alternative care, homeless children, children in migration). We also share the Commission’s belief that EU funding – also in the post 2020 financial framework – is crucial for the delivery of the Recommendation. However, we regret that the document does not include a roadmap for the implementation of the Recommendation. We believe that establishing a visible communicable plan with specific objectives and key milestones, would have been an extremely helpful tool.

The staff-working document recognises the essential role that the European Semester plays in monitoring national child and family policies, however we strongly believe further action is needed to ensure that children’s rights and family support are at the heart of the Semester cycle.

The package launched by the European Commission on 26 April urges Europe to rebalance its social and economic priorities. We welcome the reference to child poverty within the European Pillar of Social Rights, however, we are concerned that it is still unclear how it will contribute to the implementation of the Investing in Children Recommendation, especially as the latter is addressed to all EU Member States and not just to the Eurozone countries. Furthermore, we believe indicators in the new Social Scoreboard should be aligned to monitor progress on the implementation of the Recommendation.

While we would have expected the document to include a more forward-looking perspective, we assess the staff working document as a good starting point to develop further actions to be taken, both at national and EU level, and to foster the implementation of the Recommendation. Our European networks and our national members look forward to working with EU institutions and the national authorities to further this specific agenda.

Notes to the editors:

The EU Alliance for Investing in Children has been advocating for a multidimensional, rights-based approach to tackling child poverty and promoting child well-being since 2014.

[1] The Recommendation on ‘Investing in children: breaking the cycle of disadvantage’ was adopted by the European Commission in February 2013.