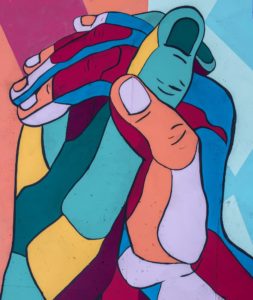 On 19 March the first ever EU Anti-Racism Summit took place on the occasion of the International Day for the Elimination of Racial Discrimination. During the Summit, many crucial issues were addressed, such as violence and xenophobia against migrants and refugees and the long-lasting systemic discrimination against Roma, Europe’s largest ethnic minority.

We are encouraged that the Commission, for the first time in EU legislation, has released an Anti-Racism Action Plan for 2020-2025 and that according to the Action Plan there will be an Anti-Racism Coordinator in the Commission. However, as many speakers at the summit mentioned, there is a problematic lack of a clear mandate and funding streams for equality bodies, which are tasked with coordinating assistance to victims of discrimination, issuing independent reports and recommendations, and conducting data collection.

Eurodiaconia applauds the steps taken to address racism and discrimination through the Action Plan but expresses disappointment that the Action Plan continues to focus on individual acts and hate crimes rather than institutionialised racism. For real change to occur, countering racism and discrimination must be mainstreamed into other relevant legislation, including the Migration Pact, the Social Pillar Action Plan, and the Green Deal.

Speakers at the summit challenged participants to work with, not for, racialised people, and highlighted the need to hold decision-makers accountable. Civil society needs to ensure that in advocating for social service provision we are accurately measuring whether policies, such as those proposed in the European Pillar of Social Rights, are benefiting all people – and that those who experience racism and discrimination the most are the driving force and voices behind them.

As civil society organisations across Europe, we must also hold our own actions accountable and do everything we can to prevent and address the root causes and manifestations of racism and discrimination.