Call for proposals under the Citizens, Equality, Rights and Values Programme (CERV) 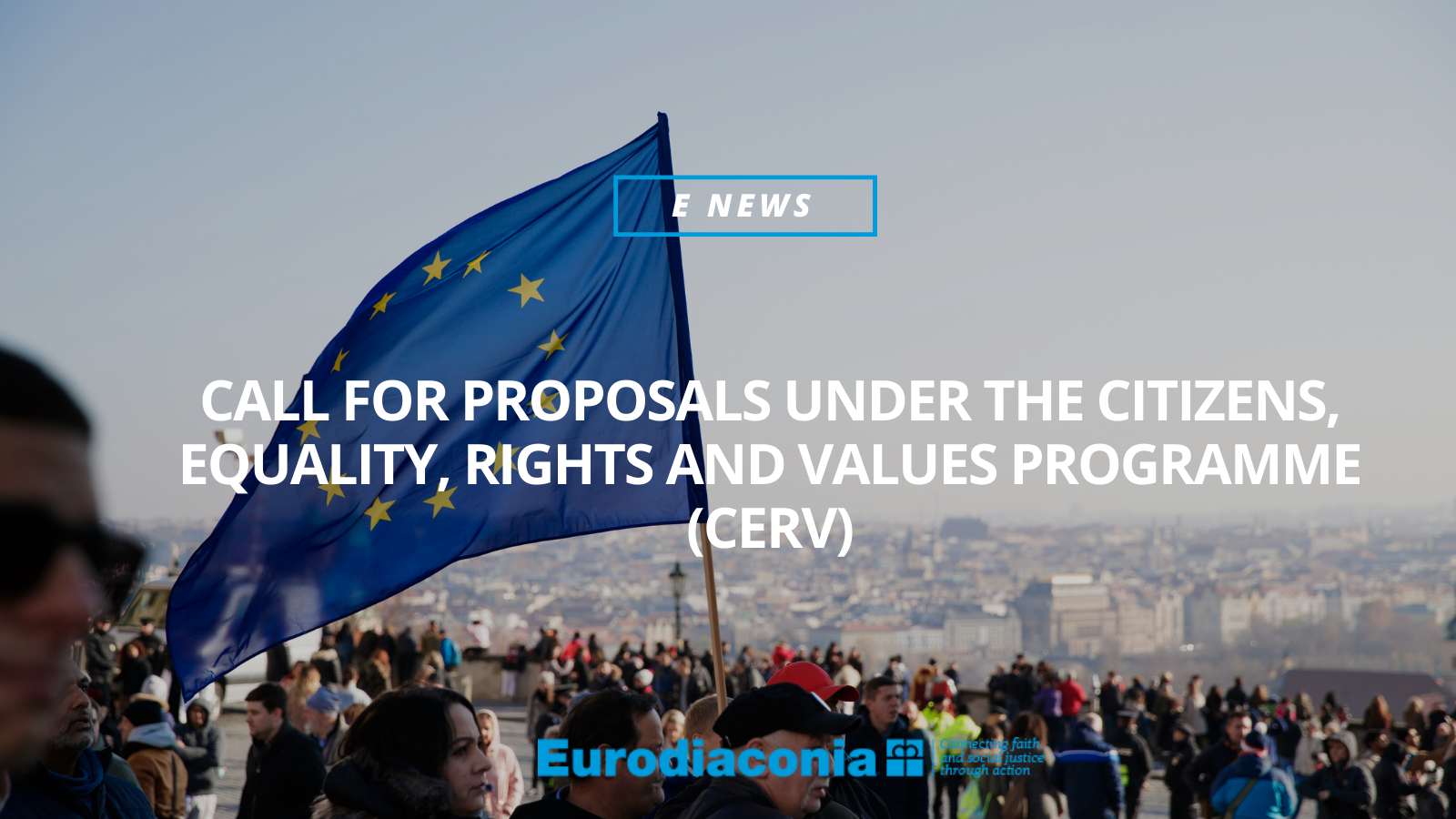 The European Commission launched a new call for proposals under the  Citizens, Equality, Rights and Values Programme (CERV) titled “Call for proposals to promote equality and to fight against racism, xenophobia and discrimination (CERV-2023-EQUAL)”. The objective of the call is to support a comprehensive and intersectional approach, funding specific actions to prevent and fight against discrimination and combat intolerance, racism and xenophobia, in particular on grounds of racial or ethnic origin, colour, religion, sexual orientation, gender identity, including when this manifests itself in the form of antigypsyism, anti-black racism, antisemitism, anti-Muslim hatred, and LGBTIQ phobia. Projects can be national or transnational. Transnational projects are particularly encouraged. With this aim, the following priorities will be financed:

The deadline for applications is the 20th of June 2023.

To learn more about current calls for proposals or Eurodiaconia’s funding events, please don’t hesitate to get in touch with our our Projects and EU Funding Officer Giorgia Signoretto at giorgia.signoretto@eurodiaconia.org