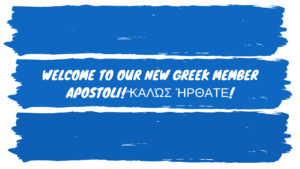 Our Supervisory Board has approved the application for membership of Apostoli (Holy Archdiocese of Athens).

Apostoli is a Greek not for profit organisation founded in the Christian faith in 2010 by the Holy Archdiocese of Athens. The organization is mainly active in Athens and the Attica region in the field of elderly, disadvantaged children, food and medicine bank. It currently employs 225 social workers and about 1,550 volunteers.

The aim of Apostoli is to try and help relieve people in the margins’ grief by addressing the root causes of poverty and loneliness. Through its clear Christian approach, Apostoli works on a daily basis to sustain and improve the living and spiritual conditions of people in Greece in the spirit of diaconia. This approach has become even more necessary after the economic crisis and the following austerity measures that have been struck the country since 2008.

In their application form Apostoli states that they wish to have membership of Eurodiaconia because they: “Apostoli believes that the Eurodiaconia network offers a unique opportunity for faith-based organisations to set issue at stake, to become involved in research and assessment, to promote dialogue among various actors, to advocate, and to undertake action.”

Thank you for your trust as we work all together to put diaconal values in motion. ΚΑΛΏΣ ΉΡΘΑΤΕ!