Diakonia ECCB’s 30th anniversary: Reverend Bárta on the foundation of the organisation 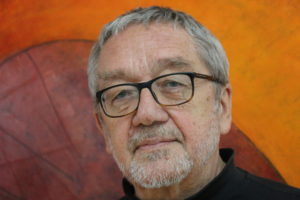 On the occasion of our Czech member Diakonia ECCB’s upcoming 30th anniversary, Reverend Zdeněk Bárta follows in an interview all the stages that led to the foundation of the organisation.

After the fall of the communist regime in the Czech Republic, Reverend Bárta was among the founders of the Diakonia ECCB. During his incredible life, Reverend Bárta managed to be a Pastor, a Water Meter Reader, a Deputy and a Senator. Today, he serves as Chairperson in the Board of the Diaconal centre of Litoměřice where he is also an active volunteer.

Diaconia ECCB is a Christian, non-profit-organization offering support across Czech Republic to people with disability, elderly people, children and families in the margins. It is an active Eurodiaconia member and part of different international networks.

The interview, published in Czech and English on the organisation’s website, particularly focuses on the challenges and the risks faced by faith-based organisations under the communist dictatorship in the country.