New editorial from our Secretary General: busy times and the new EU Commission 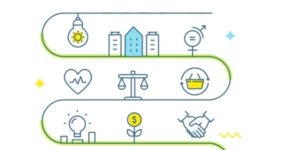 After a long summer, things are really getting busy in Eurodiaconia! This week we have had our Access to Employment Network meeting in Madrid, a Supervisory Board meeting, three consultations with the European Commission and the launch of our policy paper on the European Semester! We have also been working with members on grant applications and study visits and organising events with the new European Parliament. We have been doing all of this because we want to see a Europe where everyone has their dignity and their social rights. A Europe where we care for each other and display and act in solidarity and we want to see the policies and practices across Europe support these aim – it is rewarding work! But we will only be successful if we have partners in the EU institutions who will listen to us and more importantly, work with us to change systems and structures that cause poverty and exclusion, that reduce spending on social care and display defensiveness rather than hospitality and understanding.

This week the President-Elect of the European Commission, Ursula von de Leyen unveiled her proposal for the new European Commission which aims to take office from November. It is an interesting structure, with Vice Presidents for ‘an economy that works for people’ and ‘protecting our European way of life’.  But, when we dig into titles we find that there is not so much new. An economy that works for people still seems to be led by financial institutions and capital markets and no one is too sure what ‘protecting our European way of life’ actually means – except that it seems to include health, agriculture, transport but not employment and social inclusion – apparently that is not part of the European way of life? When it comes to the Commissioner Elect that we are most likely to work closest with we are disappointed that it is a Commissioner for Jobs and that social policies seem to have been suppressed – at least politically. However, the nominee, Nicolas Schmidt from Luxembourg, is well known to many NGO’s and has worked closely with us previously – and we know that his interests are in employment and social inclusion. We are just concerned that that is not shared by his future President. We are also pleased to see that the Commissioner-elect for Internal Market is also someone Eurodiaconia has worked with in the past. Sylvie Goulard from France faces challenges with her nomination but our experience of her is of someone committed to addressing poverty through economic and social means and we are sure she will support our work on creating a positive ecosystem for Social and Health Care services.

Environmental and climate concerns are also high on the new agenda – rightly so – but again, there is no connection apparent with employment and social exclusion. If we really want to have a Green Deal for Europe then it must have both economic and social justice at its heart, ensuring a just transition from traditional industries for workers and their communities. It must also take into account the social inclusion needs of all of Europe, including Central and Eastern Europe; where a just transition will need a different approach.

At the moment, the new Commission proposal is in many ways positive, but at the same time seems disjointed. The need to put social justice at the heart of so much of European actions is missing and such actions are likely to be less effective as a result. President-Elect von der Leyen needs to review her proposal and ensure that her Commission is led by principles of social fairness and ambitions actions to ensure a Europe where all live with dignity and access to the services they need to ensure that dignity. With all the activity we do as Eurodiaconia we are doing our part – now it is time for the new European Commission to show us how they will do theirs.