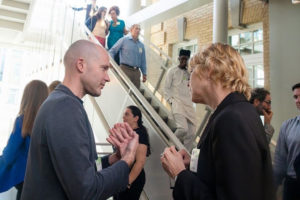 The race riots that have torn the US this year, the coronavirus crisis, and the exceptionally antagonistic elections have exposed both long-standing tensions and the structural racism that perpetuates the inequality between the different population groups. But for Mr. Pentikäinen the outcome of the presidential elections will not affect the implementation of the process.

“Of course, the outcome of the election will have an impact on how quickly the national process gets underway, but without a healing process, it will be very difficult for the various sides in this country to learn to trust each other and work together again,” said Mr. Pentikäinen.

The leadership group of which Mr. Pentikäinen is secretary has experience from the Clinton, Bush, Obama, and Trump administrations.

More than 20 local commissions have been launched in the US or are planned for the current year. Some of them focus on the rifts between population groups, others explore historical abuses such as lynchings or the destruction of black property.

To know more about the reconciliation process group, have a look at our member’s website.