Eurodiaconia responds to the New Skills Agenda for Europe 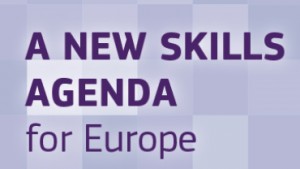 Eurodiaconia has produced a response to the European Commission’s New Skills Agenda for Europe. The Agenda was adopted on 10 June 2016 and aims to boost human capital, employability and competitiveness in the EU through a series of key actions to be developed between 2016 and 2017.

The Agenda revolves around three main strands: improving the quality and relevance of skills formation; making skills and qualifications more visible and comparable and advancing skills intelligence documentation and informed career choices. One of the first actions is a proposal for a Council Recommendation on the establishment of a Skills Guarantee, aimed to strengthen basic skills among people with low qualifications –below completed upper secondary education-.

Eurodiaconia welcomes the launch of the Agenda as an ambitious effort which points in the right direction to boost employment, competitiveness and economic growth in Europe. In parallel to these goals, access to skills is also a bridge to build better and more equal opportunities for people and promote inclusive economic growth.

As such, the Agenda embodies a large strategic component. For the Agenda to thrive, it needs to be accommodated into an enabling macroeconomic framework where investing on people’s skills and capabilities is not treated as a cost but an outlay which will reap positive benefits sustained over time.

The response brings several other points to the attention of decision-makers in the EU and Member States; in particular on the proposed creation of a Skills Profile Tool for third country nationals and the Agenda’s role in the inclusion of long-term unemployed persons into labour markets.