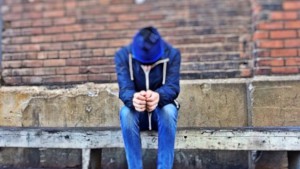 Recently, our partner the European Federation of National Organisations Working with the Homeless (Feantsa) has released its annual Overview of Housing Exclusion in Europe, developed together with the Fondation Abbé Pierre.

The report assesses EU countries’ capacity to adequately house their populations, and reveals a housing exclusion on a daily basis for millions of Europeans as well as a dramatic picture of increasing homelessness across most of the EU – in particular amongst children, women and migrants.

In general, homelessness has risen all over Europe, with a 150% increase in Germany from 2014 to 2016, a 20% rise in the number of people in emergency shelters in Spain over the same period and an 8% increase in Denmark between 2015 and 2017. Only two countries have seen reductions: Finland and Norway.

The report has been largely quoted by the media. In the UK, for example, The Guardian has highlighted the worrying rise in cost of a home for the lowest earners: between 2010 and 2016, in fact, housing costs for people who earn about 18,000 euros a year increased by 45% in Britain, compared with an average rise of 10% across Europe.

In the end of Feantsa report, a clear message is addressed to European institutions: “Homelessness is a clear violation of human rights, which despite everything is chronic and significantly worsening in Europe. EU institutions should use the international and European standards and legal instruments to initiate a human rights-based approach to homelessness.”