Apostoli Sheds Light on Domestic Violence in a New Film 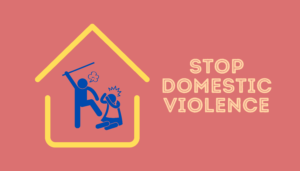 On the occasion of the UN’s International Day for the Elimination of Violence Against Women (November 25th), our Greek member Apostoli has released a short film about the pain and struggles that victims of domestic violence go through in their daily lives.

Official statistics in Greece and elsewhere reveal a sharp increase in the incidents of gender-based violence in the months following the first lockdowns in March. To highlight the importance of combatting this social ill, our member partnered with the Charitable Organization of the Holy Archdiocese of Athens to create a visual narrative about the lives of women who remain in abusive relationships because they are financially dependent on their husbands or afraid of social embarrassment and judgement.

Mr. Konstantinos Dimtsas, General Director of the Charitable Organization of the Archdiocese of Athens, said that at Apostoli victims of home violence can find psychological support and noted that the COVID-19 pandemic has emphasized the importance of women in society and thus its duty to protect them from abusive behavior.

You can watch the short film at our member’s website.