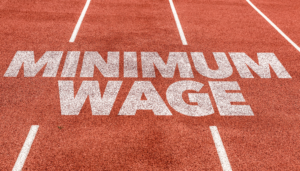 On the 28th of October 2020 of the European Commission launched an initiative on fair minimum wages in the form of an EU Directive, a move which Eurodiaconia welcomed.

Recently, the European Trade Union Confederation has also released its observations on the proposal saying that, “the consultation document is disappointingly light on proposals. Increasing statutory minimum wages to 60% of the median wage, the official poverty wage threshold, is a basic requirement but is not enough. Workers will still struggle to make ends meet. All working people must have the right to join a trade union and bargain collectively with employers for fair pay.”

The desire for better minimum wages must not overlook the barriers in being able to pay them. Many social service providers struggle to offer competitive wages due to the restrictions on funding that tendered services can have. Our members consistently point to this challenge when it comes to the public procurement of social services. Commissioning authorities do not always allow for higher wages in the budgets they offer for running services which then impacts what the service providers can pay their staff.  Ensuring that above-the-minimum wages is the norm in public service contracts would go some way to ensuring a better standard of living.

For more information on the European Commission’s proposal regarding an EU Directive on adequate minimum wages, please visit its official website.

For more information on the European Trade Union Confederation’s comments on the Directive, please visit their website.