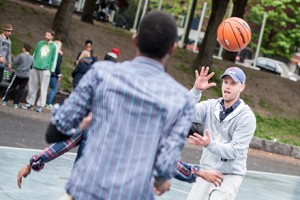 The agreement aims to promote new social activities for asylum seekers hosted in reception centres in Norway, as well as to reinforce the projects Kirkens Bymisjon has been already carrying out.

Asylum seekers will have the chance to take part in a much wider range of group activities according to their life skills and their talent. The activities will include city tours, bowling, climbing, ball games and country skiing, and are meant to encourage interaction between refugees and local communities.

UDI is responsible for processing applications from foreign nationals who wish to visit or live in Norway, the running of asylum reception centres and expulsion cases.

Find more about the project here (NO).