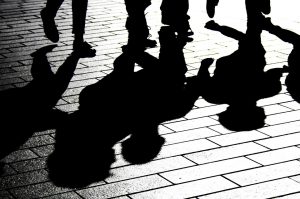 Our member in France Fédération de l’Entraide Protestante-FEP (Federation of Protestant Mutual Aid) has recently launched an open questionnaire to look into a topic that concerns many of its organisations across the country: people experiencing precariousness. These people, commonly called les invisibles (the invisibles), are beyond any social protection, and most of the time difficult to track down and deal with, even for diaconal organisations.

The questionnaire comes along with an explanatory document and it is aimed at helping FEP to better define this new category of marginalized people, as well as getting feedback on its member organisations’ response to the problem. It covers four main areas: who these people are, how to recognize them, the actions put in place at local level, and the best ways to inform local authorities about FEP’s best practices in the field.

Several groups of people among those on the streets caught FEP’s attention: persons with polysubstance dependence, young migrants, people with mental disorders, undocumented foreigners, and prostitutes.

A conference will be held in France at the end of 2017 to showcase the questionnaire’s results, as well as FEP’s proposals for actions.

This years’ Eurodiaconia Annual General Meeting will be built around our concerns about the increasing precariousness and polarisation in our societies. Precariousness comes in many forms – precarious work, precarious finances for our social systems, precarious human and social rights and precarious identities, values and attitudes. The resulting social risks are increasing and becoming more complex and require innovative and intricate solutions. We are also seeing more polarisation in our societies, specific groups being seen as ‘burdens to the state’, increasing hate speech and politics that is going further to the extremes in our societies and will and is having an impact on social work and social justice generally. Ultimately, besides FEP many other members are concerned that our social fabric is being weakened, ripped and challenged as a result of such precarity and polarisation

To know more about the Federation of Protestant Mutual Aid’s questionnaire, check out the news on their website (FR).