Hurricane Irma: Urgent Appeal from The Evangelical Seminary of Theology in Cuba 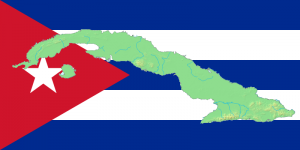 Our partners in Cuba from El Seminario Evangélico de Teología (The Evangelical Seminary of Theology) have launched a fundraising appeal in the aftermath of hurricane Irma. The hurricane, which is the largest ever formed in the Atlantic, almost completely destroyed and devastated the north coast of Cuba.

More than a million people were evacuated on the island, including about 51,000 tourists and despite this, there are at least 10 people who have reportedly lost their lives as a result of the storm. In the city of Matanzas, where the Evangelical Seminary of Theology is located, Irma’s effect was felt very strongly on September 9th and 10th. Considerable destruction was caused on the campus. Having assessed the damage done in the aftermath of the storm, the Evangelical Seminary estimates reconstruction efforts would cost in the region of 16,046.51 USD

Our partners in Cuba are asking for donations to support people in need and reconstruction efforts in Matanzas.

To learn more about the fundraising appeal, you can read the appeal from the Seminario Evangélico de Teología.