Diakonie Deutschland launches new campaign for the most vulnerable 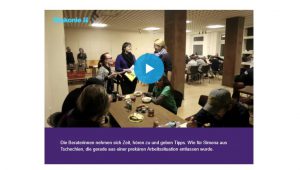 The campaign, which consists of real stories of people, is expected to run until 2020, and it is aimed to enhancing the debate on social justice and strengthening democracy in the country.

As a leading social service provider in Germany, Diakonie Deutschland is committed to ensuring that the voice of the most vulnerable groups in our society is heard. The campaign represents a step forward for Diakonie Deutschland to establish itself as an effective and independent platform which can promote dialogue and social participation in a society where people feel more and more “unheard.”