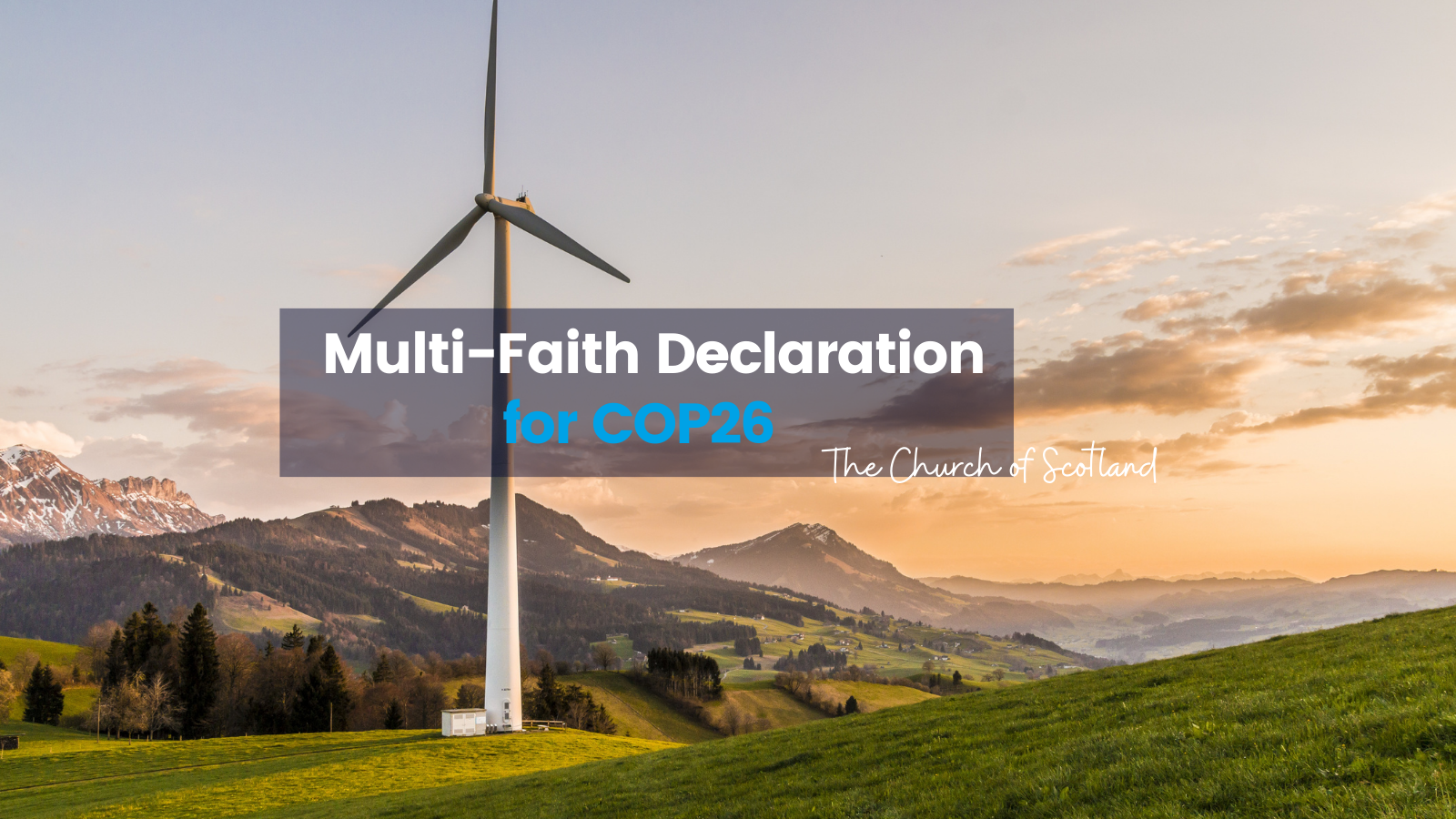 The Moderator of the General Assembly has joined faith leaders from across Scotland and the UK in urging governments to take transformational action on climate change at the COP26 in November.

Lord Wallace joined more than 50 religious figures who have signed the Glasgow Multi-Faith Declaration, which calls for those in power to put the 2015 Paris Agreement into effect. The Paris Agreement is a legally binding international treaty on climate change adopted by the 196 attending parties at the COP21.

The Declaration, which is being made during Climate Fringe Week, stresses that urgent action is needed to avert the loss, damage, and forced migration threatened by climate change.

Lord Wallace said: “Our faith communities are united in caring for human life and the natural world. We share a belief in a hopeful future, as well as an obligation to be responsible in caring for our common home, the Earth.

“We recognise the opportunities that COP26 brings in addressing the urgent need for action in limiting the effects of climate change and the critical importance of decisions made in this conference to take forward the agreement made in Paris in 2015.”

Religious leaders are asking for a transition to a just and green economy and for governments to commit to science-based targets aligned with a zero-emissions future.

The Declaration follows on from the 2015 interfaith Lambeth Declaration and the Scottish Religious Leaders’ Forum Statement of Commitment of 2020.

Dr Maureen Sier, Director of Interfaith Scotland, said: “Across our doctrinal and political differences, we know that we must change our ways to ensure a quality of life which all can share, and we need to provide hope for people of all ages, everywhere, including future generations. To offer hope in the world we need to have confidence that those in power understand the vital role they have to play at the Glasgow COP26.

“Our collective energy and prayers will be with those working for a successful outcome.”

Imam Sayed Razawi, Chief Imam and Director General of the Scottish Ahlul Bayt Society, said: “We commit to respond to this challenge by: reflecting deeply in prayer, meditation and worship to discern how to care for the earth and each other, and to encourage our respective communities to do the same. Making transformational change in our own lives and in the lives of our communities through individual and collective action. Being advocates for justice by calling on governments, businesses and others who exercise power and influence to put into effect the Paris agreement; to make the transition to a just and green economy a priority; and to commit to science-based targets that are aligned with a healthy, resilient, zero-emissions future.”