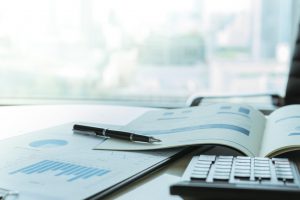 On the 7th March the European Commission published its European Semester winter package. This represents an annual analysis of the economic and social situation in the Member States and includes the Country Reports that will be the basis for the June’s Country-Specific Recommendations.

The Winter Semester Package is part of the annual cycle of policy coordination at EU level, the European Semester, and follows the publication of the 2018 Annual Growth Survey, which set the priorities for the year. In shifting the attention to the national dimension of the European Semester, the Country Reports will help the Member States in developing their national programmes.

For the first time, the Country Reports put a special emphasis on mainstreaming the priorities of the European Pillar of Social Rights, proclaimed in November 2017. A specific focus is put this year on analysing skills challenges and how social safety nets operate at national level, also thanks to tracking of employment and social performances by the Social Scoreboard.

“With the proclamation of the European Pillar of Social Rights, – said Commissioner Marianne Thyssen – we have put investing in skills, reducing inequalities, social fairness and inclusive growth on top of the agenda. We now need to keep track of the performance of the Member States on the principles and rights included in the Pillar, to make them a reality on the ground”.

Eurodiaconia engages in the European Semester so as to equip its members to understand and participate in national and European processes around the semester. The goal is to work toward a better European Semester to promote a good economic and social policy basis for diaconal work and social work in general. Therefore Eurodiaconia encourages its members to get involved in the Semester process, in order to work together to capitalise on the positive momentum around a European Pillar of Social Rights, and to take effective steps against poverty and social fragmentation in Europe, using the existing political framework.

If you want to know more about the European Semester winter package, check the European Commission press release.