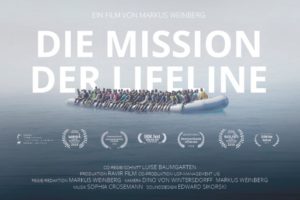 Our partners from The Heinrich-Böll-Stiftung Brussels European Union would like to invite interested parties to a film screening followed by a debate on NGOs and migration.

The documentary, titled “Mission Lifeline”, gives an insight into the everyday life and struggles of NGOs standing up for saving people’s lives in the Mediterranean Sea. Film director Markus Weinberg and his crew accompanied the team of the Dresden-based sea and rescue NGO “Mission Lifeline” for two years to document the migrants’ struggles in their fight for the European idea.

After the screening the audience will have an opportunity to discuss the film with its director Mr. Weinberg and MEP Erik Marquardt. The discussion will be moderated by Ms. Eva van de Rakt, Head of Office, Heinrich-Böll-Stiftung Brussels European Union.

The event is scheduled for the 4th of March 2020 in Brussels.