Diakonie CCE Assists Flood Victims on the Path to Recovery 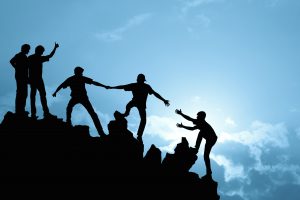 Our Czech member Diakonie CCE and other local NGOs joined forces to help remedy the devastating consequences of floods in the Uničov and Šumpersk regions.

The Diakonia staff and volunteers and their partners visited 466 households (160 of which severely damaged by the natural disaster), cleaned more than 300 drinking water wells, provided psychological assistance to the local residents, and collected nearly 2.8 million crowns to help the victims. Dryers, mud removal equipment, disinfectants, cleaners, and various types of tools such as rakes, shovels, brushes were also distributed to the locals. Twenty-five people of our member’s personnel and 30 additional volunteers focused specifically on providing support to the elderly.

To map the damages and coordinate aid distribution and deployment, the partners relied on an app named Ispecto which had been developed previously after similar floods in 2013. The application helped the local authorities conduct uniformed questionnaires and process the results quickly and efficiently which resulted in better coordinated first-aid responses.

Jarmila Dvořáková, from Diakonie CCE, said that the assistance they provide “has a psychological side to it as well because the people who are affected by the floods see that volunteers who want to donate their free time are coming to help them. It has an uplifting effect on them letting them know that they are not alone in this and that others are there to show solidarity.“

To learn more about this initiative, please visit our member’s website.