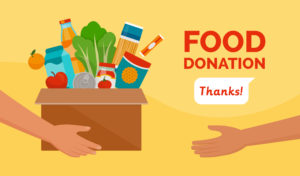 In the past, the congregation had made substantial donations to Renfrewshire Foodbank twice a year but when the COVID pandemic broke out they realised they would need more support than ever. Thankfully, 20 volunteers stepped in and were soon followed by 15 more people willing to do something to help their most vulnerable neighbours. Soon those volunteers were collecting around 80 bags of food every week to deliver to the foodbank.

Rev Gary Noonan who is the minister of the parish, said it was a “scandal” that people are still forced to rely on foodbanks, but he praised the impressive way the whole community has been involved.

In a letter of gratitude Renfrewshire Foodbank described the donations as “truly incredible” and warned that a “dramatic rise” in the number of people needing their services is expected when the full impact of job losses hits.

For more information on this initiative, please visit our member’s website.