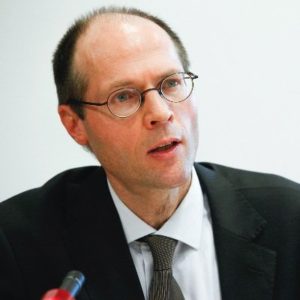 On June 30, the UN Special Rapporteur on extreme poverty and human rights, Olivier De Schutter, released the final report of his two-month mission to the European Union, carried out from November 2020 to January 2021. During this visit, Mr De Schutter met with representatives of over 20 European institutions, and with over 40 social partner and civil society organizations, among which was Eurodiaconia.

In his final report, the Special Rapporteur highlights that one in five people are still at risk of poverty or social exclusion in the European Union, with inequality levels that have remained static or even worsened since the 2008 crisis. With the COVID-19 crisis, estimates for income inequality and child poverty have worsened and are unlikely to improve even in the medium term. He also highlights how that groups are particularly at risk of poverty and social exclusion in the EU, such as women, people with disabilities, and the Roma. At the same time, he notes that investments by Member States in areas critical for poverty reduction have been steadily declining since 2009.

However, he recognises that the EU response to the crisis has been remarkable, and that some important advancements have been made, such as the launch of the European Pillar of Social Rights Action Plan. Nevertheless, he affirms that the Action Plan does not contain a comprehensive anti-poverty strategy, and that the poverty headline target is not ambitious enough. He also questions if these advancements can compensate for structural constraints and macroeconomic policy frameworks that restrict member State action towards poverty eradication.

He emphasises that while employment is important, data have shown that employment growth and poverty alleviation do not necessarily go together, unless it is accompanied by far-reaching changes in the broader macroeconomic framework of the European Union and strong redistribute measures. Therefore, he calls for a European Union-wide anti-poverty strategy with ambitious targets, coherent measurements, and accountability mechanisms. This strategy must ensure a structural approach to poverty eradication, including quality jobs and living wages, decent working conditions, universal social protection, harmonization of minimum income schemes, well-funded public services, and tax justice.

Finally, he assures that only a fundamental rebalancing of the economic and social components of the European Union’s socioeconomic governance will ensure commitments to ending poverty and reducing inequalities in the European Union.

Eurodiaconia fully supports Mr De Schutter diagnosis and recommendations. We will keep advocating for a more social Europe that truly leaves no one behind and where the fight against poverty becomes a real priority. To know more about our work in this area, you can visit our thematic website.

You can read the UN Special Rapporteur’s full report here.