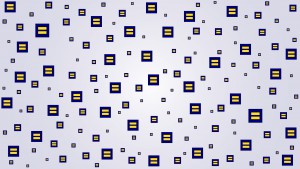 In his October 2014 speech to Parliament, Commission President Jean-Claude Juncker declared his ambition for the EU to achieve a ‘social triple-A’ rating. Whilst the meaning of the term ‘social triple-A’ remains shrouded in mystery, a key instrument to strengthen the social dimension of the European project has now been unveiled: on 8 March, the European Commission presented a preliminary outline of a ‘European Pillar of Social Rights’ and launched a public consultation to gather views and feedback from a broad range of stakeholders, including civil society organisations and regular citizens.

What is the European Pillar of Social Rights?

The European Pillar of Social Rights is intended as a key response to the aftermath of the financial crisis and as an update of the European social model in the light of a changing labour market. The Pillar is meant to stimulate the reduction of poverty and social exclusion through adequate social protection, and to support labour market access and well-functioning welfare systems, in an age of globalisation, digitalisation and decreasing job security.

In its current (draft) form, the Pillar sets out essential principles around three main axes:

Following up on the 2015 Five Presidents’ Report, the European Pillar of Social Rights is primarily aimed at strengthening the Economic and Monetary Union; as such, its principles will apply to the Euro Area, whilst non-EU Member States are invited to contribute to the consultation process and to join the initiative if they wish to do so.

Why is the Pillar relevant for Eurodiaconia members?

The European Pillar of Social Rights will assess ongoing (harmful) trends regarding social protection, labour market access and working conditions. On this basis, it will set out priorities for future social action.

Whilst the connection of the Pillar to both the headline targets of the Europe 2020 Strategy and the European Semester are still unclear, the official press release underlines that ‘’the Pillar should become a reference framework to screen employment and social performance of participating Member States and to drive reforms at national level.’’

As such, the final components of the Pillar are likely to become important reference points for social reform (also in the context of the National Reform Programme), and potential advocacy tools for Eurodiaconia members, in all countries concerned.

The European Commission’s consultation on the Social Pillar will run until the end of 2016.

A ‘White Paper’, a consolidated document summarising the input from all stakeholders, will be released in early 2017. Until that time, the Commission will not only welcome stakeholder involvement through written submissions, but also through public events.

The Eurodiaconia secretariat will soon be in touch with further information on planned follow-up actions. In the meantime, should you have any comments or questions, please don’t hesitate to contact Stephan at stephan.burger@eurodiaconia.org

Preliminary outline of the Pillar here.

Communication on the consultation launch here.

Link to the consultation here.