A Manifesto for a Green, Just and Democratic European Economy 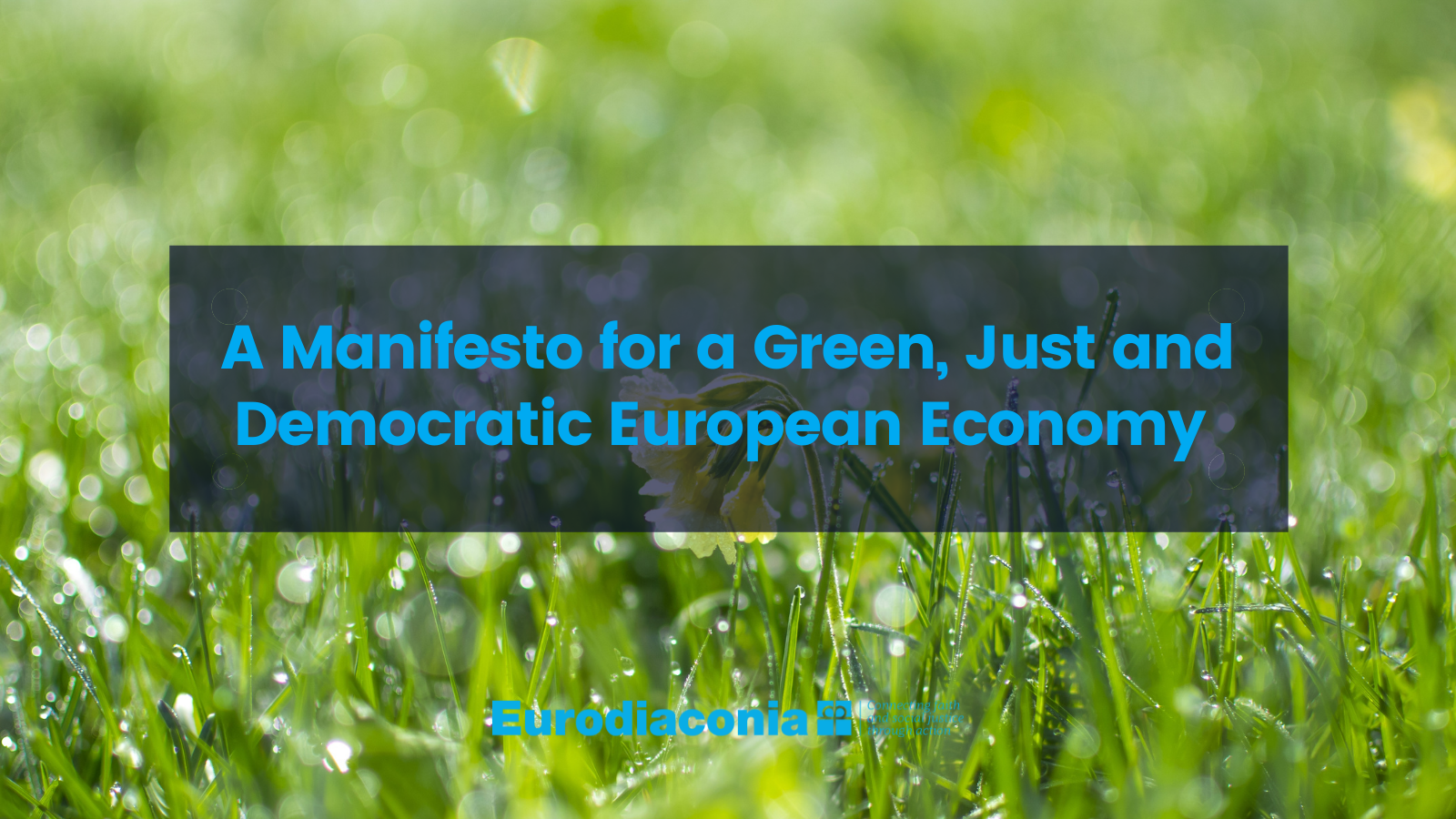 Eurodiaconia, in a concerted effort with civil society organizations, trade unions and think tanks, signed the “Manifesto for a Green, Just and Democratic European Economy”, prepared by the Fiscal Matters Coalition. The Manifesto was composed in the context of the Economic Governance Review process and has been sent to the EU Head of States and Governments ahead of the Extraordinary Summit on the 10th and 11th of March 2022. The Manifesto calls for a fundamental reform of the EU’s economic governance system, adapted to the current context and social needs, as well as the green and digital transition.

The Manifesto stresses that the rules dating back to the Maastricht Treaty of 1992, and the response to the last financial crisis in 2008 which imposed strict fiscal regulations that capped Member States public debt and deficits, are no longer adapted to the socio-economic context.   The signatories consider that as the EU implements its green transition, as well as continuing its economic recovery from the pandemic, the fiscal focus of reducing debt is inadequate. A singular focus on debt threatens to restrain public spending which can reduce employment and investment, deepen social inequality, limit the just transition necessary for climate neutrality and derail the covid recovery.

Instead, to counteract these threats, the Manifesto suggests an economy that aims to reduce inequalities, reinforce social rights and protect the climate and environment. For this economic restructuring, the Manifesto outlines three demands. First, a deep reform of the EU economy governance framework that aligns fiscal rules with social, climate and environmental objectives. Second, a transformation of the economic model that favors increased public investment and a strong social dimension supported by the European Pillar of Social Rights. Last, the Manifesto requests a new approach to target Member States debt sustainability that considers national contexts, self-defeating austerity, convergence of EU economies and the fiscal risk associated with underinvesting in climate mitigation.

To read “The Manifesto for a Green, Just and Democratic European Economy” in full, please click here.