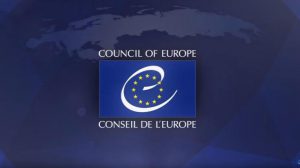 The role of education in the prevention of radicalisation leading to terrorism and violent extremism has been the main theme at the 2016 Council of Europe Exchange on the religious dimension of intercultural dialogue. The event took place at the Palais de l’Europe in Strasbourg (FR), on 9-10 November 2016, following the World Forum for Democracy.

The meeting provided a platform for dialogue between public authorities, religious communities and organisations representing non-religious beliefs, and broader civil society on topics of particular importance to the religious dimension of intercultural dialogue.

Opening statements were delivered by Council of Europe Secretary General Thorbjørn Jagland, by the Chair of the Ministers’ Deputies Ambassador Katrin Kivi, by PACE President Pedro Agramunt and by the Chair of the Human Rights Commission of the Conference of INGOs Michel Aguilar.

Two sub-themes have been envisaged at the 9th edition of the exchange: Education for democratic citizenship in the context of cultural and religious diversity; Empowering women and the role of the family in countering radicalisation and violent extremism.