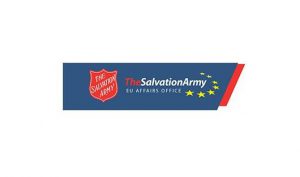 In February, our member The Salvation Army EU Affairs Office had the privileged to be invited to address the Indonesian Women’s Association on the subject of Anti-Human Trafficking here in Brussels. The Association is a group of approximately 50 ladies who meet together on a monthly basis.

After a short introduction, where the wife of the Indonesian Ambassador in Brussels spoke briefly about Human Trafficking in Indonesia, Major Ruth Stannett from the Salvation Army was able to speak about the anti-human trafficking work of the Salvation Army, particularly in Europe.

Major Stannet said: “Some of the participants were rather horrified when they began to realise the depth of this problem.  Many of them, although aware of the problem of sexual trafficking, did not realise trafficking also included people trapped into domestic service, forced labour, criminal activity or even harvesting of organs.”

The audience has shown interest in the International Salvation Army Positional Statement on Human Trafficking.  In particular, participants were deeply moved when hearing some of the ‘real stories’ of people who have been rescued by the Salvation Army from terrible situations and helped in a very positive way to find freedom and where appropriate, to be reunited with their families.

To know more about The Salvation Army’s work against trafficking, have a look at its Anti-Human Trafficking Mapping report.