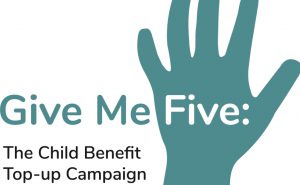 Late last month. our Scottish member The Church of Scotland, along with Poverty Alliance, One Parent Families Scotland, and many others launched the Give Me Five campaign.

The campaign is calling on MSPs and the Scottish Government to increase child benefit by £5 a week for every child in Scotland.

In the last few weeks, official figures have shown that more than 260,000 (1 in 4) children in Scotland are currently growing up in families struggling to make ends meet. According to the Give Me Five initiative, an additional £5 per week could a week for every child could lift about 30,000 children out of poverty in the region.

Right Rev Dr Derek Browning, Moderator of the General Assembly of the Church of Scotland, said: ‘It is a political, social and moral imperative that we act now to effect change for the good.

“The Church of Scotland stands alongside people of all faith traditions, and none, in the move towards fairness for all our children.”

Sign the petition calling on MSPs to support a £5 top up to child benefit in the 2018/19 budget.