The European Parliament launches a study on precariousness at work 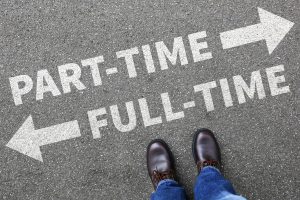 Early Today, the European Parliament published a study on the evolution of the risk of precariousness at work in EU Member States. The study shows patterns of job quality across different types of employment, based on the European Working Conditions Surveys (EWCS) from 2010 and 2015. It provides a general analysis of the situation in the EU, as well as an overview of the situation by Member State.

The conclusions of the study are “more continuity than change”, as they find that the working conditions on EU27-level did not change significantly between 2010 and 2015. Persons working with open-ended contracts, as well as the self-employed with employees continue to face the lowest risk of precariousness. Marginal-part-time contracts, fixed-term contracts and freelance are associated with a medium level of risk, while the risk is particularly high and even tends to increase for temporary agency workers. The general risk of precariousness is higher in countries with a more difficult economic situation, especially in Central and Eastern Europe as well as Southern Europe.

Some further developments on EU-level are that the share of low-payed marginal part-time work declined from 23% to 20%, temporary agency workers reported an increase in stress levels and low-pay shares. They also face low levels of employment stability and career opportunities.

To know more about job quality in the EU, have a look at the study on the risk of precariousness.