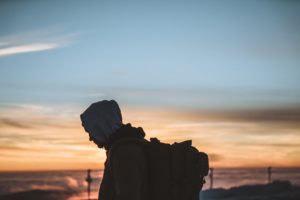 Eurodiaconia has joined over 120 MEPs and 9 other social and housing NGOs in an open letter which calls for a European commitment to end homelessness by 2030. The Porto Social Summit on 7 May is a crucial moment in placing the fight against homelessness high on the agenda.

The number of homeless people in the EU has increased by more than 70 percent in recent years and this figure is likely to rise as the consequences of COVID-19 begin to unfold. Alongside homelessness being one of the most severe forms of poverty, caused by a combination of structural, institutional and personal factors, the lifespan of a homeless person can be up to 19 years shorter than that of a non-marginalised person.

Many of our Members, who provide quality social services like housing, education and counselling to people experiencing homelessness and rough sleeping in Europe, agree with these sentiments. Our Members efforts must now also be supported by real political will in the fight against extreme poverty and the systemic barriers faced by homeless communities. Without an ambitious and coordinated commitment across the EU, we will not see the end of homelessness as a reality in the coming decades.

We believe that the Porto Social Summit is an opportunity to not only endorse the European Pillar of Social Rights Action Plan – but to commit to further strengthening the social dimensions of the Union and to ending homelessness by 2030.

Indeed, the European Union cannot solve homelessness alone. National, regional and local governments must also step-up and introduce bold policies, legislation and funding that target the root causes of homelessness and commit to supporting the existing social services that have an immeasurable impact in alleviating the difficulties faced by our homeless communities.

We invite you to read the full joint-letter here and join us in our advocacy work to #Endhomelessness by 2030.