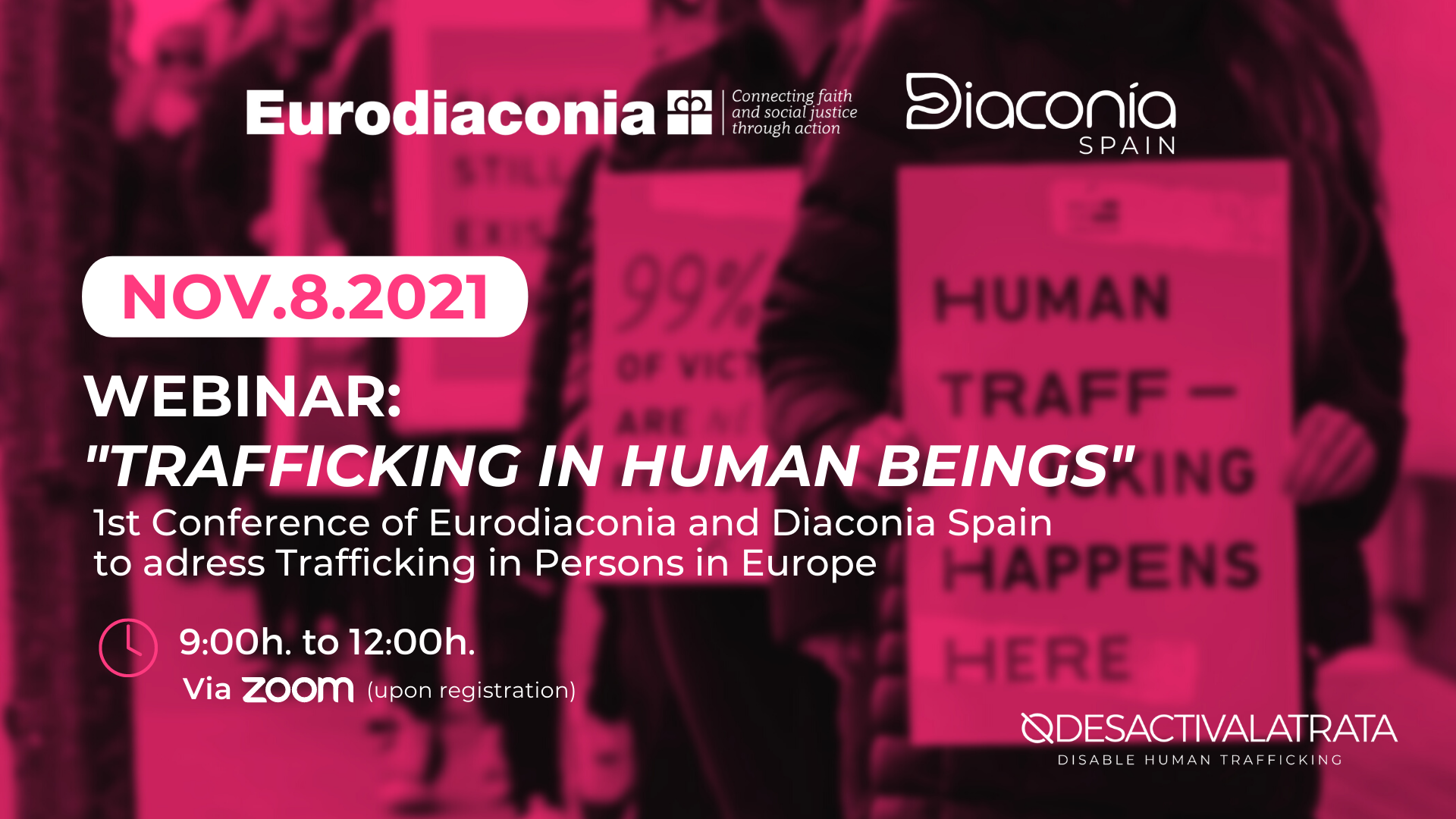 On November 8th, Diaconia Spain and Eurodiaconia co-hosted an event for members on human trafficking. This was an opportunity for our members to hear and learn from one another, opening up opportunities for future collaboration on this difficult topic. Our members are working to provide services to victims of trafficking, training for frontline professionals in identifying victims and raising awareness of the issue at national and European levels.

We first heard from Lucie Laffont, from the EU Anti-Trafficking Coordinator’s Office at DG Migration and Home Affairs, about the EU’s Anti-Trafficking Directive and associated strategy for combating the trafficking of human beings. The EU has three priorities when confronting human trafficking: reducing demand, breaking the criminal models of traffickers, and protecting, supporting & empowering victims. The directive is currently under review and an open public consultation is due to be launched before the end of this year.

A theme running through the event was the normalisation of trafficking. In some cases, the social condition of certain marginalised groups has become so normalised that we do not recognise their vulnerability to trafficking. Alejandra Acosta, a human trafficking prevention specialist from Diaconia Spain, spoke about how we can become complicit in the trafficking of others through consuming goods and services that are facilitated by victims of trafficking. She emphasised the extent to which trafficking can happen to and be committed by anyone. This was an important challenge, to examine where we can become complicit, through apathy, in the plight of others.

We then heard from Martina Kaplun and Cristina Puigdengolas from Diaconia Spain about different perspectives and approaches that can be applied to understanding and supporting victims of human trafficking, especially women, who make up the majority of trafficking victims. It is important that steps are taken quickly, to stabilise the situation of victims and then to engage with them long-term, in their recovery and reintegration.

Our final speaker was Jeroen Hoogteijling, coordinator of The Salvation Army Anti-Human Trafficking Network in Europe. Their most recent campaign emphasised that “cheap prices come at high costs”, with the aim of getting people to think about the price that someone else might be paying for low-cost products and services.

All participants spoke of the need to engage multiple stakeholders to work together to break trafficking lines and reach victims. At Eurodiaconia, we want to continue supporting our members who are working to support victims of trafficking or engaging with the issue in other ways, and we look forward to exploring areas of future collaboration and advocacy.

You can find out more about The Salvation Army’s Anti-Human Trafficking Network here.