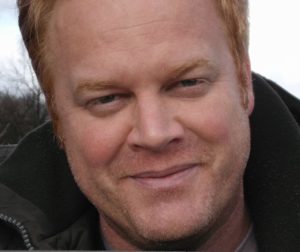 In Serbia there is one of the biggest Roma communities in Europe. What do you think are the biggest challenges they are facing?

According to the latest census released in 2011, the Roma population of Serbia was counted as 147,604 (while unofficial sources estimate them to be 450,000). The estimated number represents over 2.1% (or 6%) of Serbia’s resident population.

As in the EU member states, in Serbia, Roma people face prejudice, intolerance, discrimination and social exclusion. About 20% of Serbia’s Roma cannot read or write, according to recent UN statistics. Other major problems are linked to low educational attainment, lower income, unemployment and poor housing conditions.

These figures are supposed to change dramatically due to the return to Serbia of about 80,000-100,000 Serbian nationals with Roma ethnic background on the base of the Readmission Agreements.

As Executive director of Ekumenska Humanitarna Organizacija working with Roma on a daily basis, I see the systematic discrimination, lack of education and job opportunities as the root causes of Roma social exclusion today.

Has the community evolved its conditions over the last ten years? If yes, how? If not, what are the main obstacles?

I am afraid, I have to say that no major progress in terms of general living conditions of Roma people has taken place over the last 10 years. Likewise, no relevant social and economic progress can be noted in the Serbian society as such. This is due to an unstable political situation in the country, which highly influence the political agenda. Changes on the political scene are happening more often than you would expect. Changes within the government are slowing the pace of reform. If there is no general consensus on state priorities, and most likely Roma inclusion is not among them, it is hard for those few NGOs concerned about Roma people, to make sustainable/systematic changes. In the meantime, EHO and other NGOs in the country are committed to providing social assistance to Roma people to achieve small changes at local level.

Since Serbia is a EU accession country, the EU Roma framework applies also in your country. Do you think this has any influence on Serbia Roma policy?

In 2005, Serbia signed the Decade of Roma Inclusion, which ended in December 2015. In those years, Serbia was determined to improve the lives of Roma living in the country. These resolutions were put in place within the National Strategy for Improvement the Position of Roma in Serbia (adopted in 2009) and the related Action Plan.

As a continuation of its efforts towards systematic improvement of living conditions of  Roma in Serbia, the new National Strategy for Social Inclusion of Roma was adopted in December 2015 and will be in place until 2025. The Strategy will be accompanied by an Action Plan (for education, health care, employment, housing and social protection).

I can certainly say that the EU Roma framework has had an  influence on the Roma inclusion processes in Serbia. The mechanism such as the Roma Inclusion Seminar, launched by the EU, could be seen as a practical result of the EU Roma framework. This has stimulated discussions on Roma’s life conditions in Serbia, although no systematic approach in bettering theirs position has been taken.

EHO’s work with Roma is characterised by a community approach. Can you tell us more about it?

EHO staff and volunteers work directly with Roma communities at local level. As I often say to my colleagues having direct contact with people in need is crucial. Mutual understanding, sharing roles and responsibilities and high motivation, make our work interesting and inspiring.

EHOs approach is to work with the entire family and to identify together with them which is the best way forward, depending on the skills and capacities of each family member. Concerning employment, many Roma work on the black market and EHO supports them to find ways to enter the official job-market. Furthermore, they can be supported starting a business through grants. In order to receive a grant they need to develop a business idea, present a business plan and provide necessary documentation so that EHO can evaluate if they have realistic prospects of succeeding.

Do you have any upcoming projects with Roma you would like to present?

We don’t have any specific upcoming project to present at the moment, even though we are currently running 7 different projects supporting Roma in Serbia, but I can say with conviction that the improvement of living conditions of  Roma people in Serbia will remain for EHO a high priority in 2018 and beyond.