New editorial from our Secretary General: Commission President must now deliver on promises 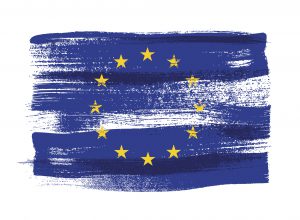 This week saw the approval by the European Parliament of the President-Elect of the next European Commission – Ursula von der Leyen.  The former German Defense Minister emerged as the nomination of the 28 Heads of Government through the European Council for perhaps the most important post in the European institutions. This has been a significant move. The original idea had been that one of the so-called “Spitzencandidates” – lead candidates – of the European political parties should take up this post but this was discarded by the heads of government in favour of Ms von der Leyen who then faced a battle to get the same parties to support in the European Parliament. As a result, she was elected with one of the smallest majorities of a Commission President in many years.

This process may be seen as just another one of the political games that are played out at the national and European level but it has more significance than that. This is the person who will set the agenda of the European Commission for the next five years and will have leadership over legislation, funding and policy that will affect the lives of millions of people in Europe. In her speech to the European Parliament, Ms von der Leyen committed to a re-positioning of the social market economy and increased socialisation of the European Semester, ensuring that it serves people rather than people serving markets and announced a number of ideas connected to fair wages, support for children and young people, and managing migration. However, most of her proposals were linked to employment and getting people into the job market to grow our economies and there was no real commitment to addressing poverty in Europe, ensuring investment in social and health care services or reducing inequalities and barriers to participation in Europe.

For now, it could seem like much of the same – the idea that people are “assets” for economic growth rather than people deserving of support and services that ensure dignity, a decent life and the ability to participate on an equal level with each other in society. The current lack of ambition when it comes to social issues is concerning and at a time when trust in politics to deliver for the needs of people it is a mistake to ignore the continuing inequalities and barriers to participation experienced by many.

As President-elect, Ms von der Leyen has several months to firm up her programme and put some meat on the bones of her current commitments. We must see an ambitious programme for social justice in Europe that incorporates legislation, policies and funding that will bring concrete sustainable change for people across Europe. Not doing so will result in another five years where trust will continue to erode and people will remain servants of the markets. Instead, Ms von der Leyen should place herself and her colleagues in the new Commission as servants of the people, committed to ensuring the flourishing of human dignity, equality and participation. Eurodiaconia will be putting forward our proposals for an ambitious approach to social justice as will many who represent service providers and people living with inequalities – to ignore us and them would be a mistake both for democracy and for people.