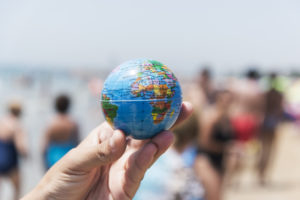 Earlier this week, the DIAKONIA World Federation released a special issue to celebrate the three regional gatherings that recently took place around the world.

The DRAE (DIAKONIA Region of Africa and Europe) Assembly was held in June in Edinburgh, Scotland on the 25th anniversary of DRAE – an important occasion in itself. It was a wonderful gathering with excellent studies by Rev John Bell from Iona, presented with creativity that served as a catalyst for engaged conversation.

The DAP (DIAKONIA Asia Pacific) regional gathering in July was a wonderful time of celebration and learning building relationships across the region. The event took place in the Methodist Deaconess Association in Fiji and its theme was “Tides for Change”, which in the current context of climate change, is also a poignant lived reality.

Finally, the 14th DOTAC (DIAKONIA of the Americas and Carib-bean) Conference in August was held in Vancouver, with the theme, ‘Respecting Covenant – Risking the Journey of Reconciliation’. The choice of theme was timely, given the context in which we live with heightened tensions in and between communities and nations and cultures.

If you would like to know more about DIAKONIA World Federation’s work, please read the full newsletter.