Eurodiaconia Calls for Changes to the Proposed MFF 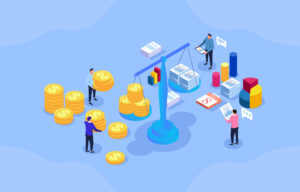 The negotiations regarding the EU long-term budget and the recovery initiative “Next Generation EU” are reaching a crucial point this week, as the 27 EU leaders will meet in Brussels on 17-18 July in an attempt to come to final conclusions. There is a strong commitment by many leaders to reach a final agreement this summer, but the negotiations are expected to be challenging.

In preparation for the negotiations taking place this week, the president of the European Council, Charles Michel, has presented his proposals for the MFF and the recovery plan. On 10 July Michel summarized the proposal in three words: convergence, resilience and transformation, and explained that this entails repairing the damage caused by Covid-19, reforming our economies and remodeling our societies.

In concrete terms, the proposal cuts the long-term budget by an additional 25 billion Euros, affecting programmes such as Erasmus+, Horizon Europe and others mainly focused on migration. As the European Commission had already cut its original proposal by 35 billion last May, Michel’s proposal has raised further concern among both civil society organisations and European Parliament negotiators. A press release by the EP’s negotiating team on the MFF stated: “This is unacceptable and another step away from Parliament’s position. The European Union’s long-term objectives have not disappeared with the COVID-19 outbreak and should not be sacrificed for the sake of short-term recovery.” The negotiating team emphasised the need for sufficient financial means to overcome the challenges in the Member States.

The Cohesion funds remained untouched in the proposal, which is positive but not completely unexpected considering that several Member States have taken a strong stance in defending them. Furthermore, as Michel’s proposal places much emphasis on short-term recovery, it neglects that the well-being of the European people requires a long-term financial commitment.

Eurodiaconia, together with many partner organisations, is particularly concerned that the lack of long-term commitment, as reflected in a reduced ESF+ budget, will have a negative effect on the lives of the most vulnerable. We approached the Council with an Open letter on June 17, asking for concrete measures that will ensure continued funding for social services and projects that serve the most vulnerable. We will continue monitoring the upcoming negotiations closely and strengthen our efforts in speaking up for the ones most in need.

For more information on our letter to the Council, please read the full text.