The European Parliament Votes for Recommendations to End Homeless by 2030 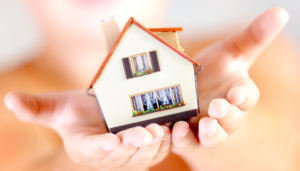 Eurodiaconia welcomes the European Parliament’s vote in favour of a set of recommendations to end homelessness in the EU by 2030. The number of homeless people in the EU has increased by more than 70% in recent years. Homelessness is considered one of the most severe forms of poverty, caused by a combination of structural, institutional and personal factors.

In their resolution, MEPs called for a more decisive and coordinated action by the EU institutions and Member States. EU countries should develop long-term national strategies and set putting an end to homelessness by 2030 as an EU target. There are more than 4 million homeless people in Europe and they should be provided with a permanent home of their own as soon as possible and then, if necessary, further support should be provided.

Prevention and reintegration of former homeless people into society should be seen as a further objective. Homelessness should be destigmatised and equal access to public services such as health care, education and social services should be guaranteed.

Some of Eurodiaconia’s members provide quality social services like housing, education and counselling to people experiencing homelessness and rough sleeping in Europe. Thus, Eurodiaconia has asked the European Commission to make the fight against homelessness also one of its priority areas in the upcoming action plan towards the implementation of the European Pillar of Social Rights. We need to see real political will in the fight against extreme poverty, if we want to see the end of homelessness in reality in the coming decade.

For more information, please read the Parliament’s resolution in full.