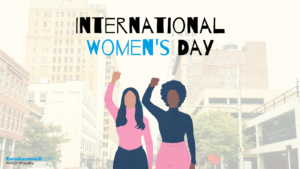 Gender equality is enshrined in article 23 of the EU Charter of Fundamental Rights and in the EU Treaties. It is also the second principle of the European Pillar of Social Rights and it has been increasingly mainstreamed in the EU in the last decades. However, gender inequalities, stereotypes, and discrimination against women are still in place in almost all areas of life. This is particularly true for women from marginalized groups, such as migrants, Roma women, and women living in poverty.

Additionally, the COVID-19 crisis has disproportionately affected women in many ways. They account for the majority of workers in essential services, including healthcare and personal care. According to EIGE, of the 49 million care workers in the EU around 76% are women, which is usually an underpaid and undervalued sector. Similarly, women are over-represented in other essential services which remained open during the pandemic. For instance, in the EU women account for 95% of workers in domestic cleaning and home help fields. The crisis has highlighted the need for an improvement in their wages and working conditions.

COVID-19 has also had an impact on women’s employment, exacerbating existing inequalities. While the employment gap has reduced in the last decades, women commonly have part-time, low-paid, and more precarious jobs. Some of the sectors hardest hit by the pandemic are those minimum wage and low-paying service sectors with a high representation of women, thereby increasing their unemployment. In fact, the sharpest reduction in employment during the current crisis has been among the lowest-paid female workers.  Simultaneously, COVID-19 has widened existing imbalances in the household, with many women over-represented in unpaid care responsibilities, hindering their work-life balance. Therefore, in recovery, efforts must be put to stimulate more labour market participation for women, while investing in the provision of quality, accessible and affordable social services, be it childcare or long-term care, to incentivise more women to take up paid jobs.

Moreover, women in the EU are disproportionately more at risk of poverty compared to men. This is partly explained by the existing barriers in the job markets that hinder their access to long-term, full-time employment. Likewise, 40% of lone-parent households are at risk of poverty or social exclusion, 85% of them being headed by women. Once again, the COVID-19 crisis is increasing this risk by escalating their caring obligations and jeopardising their jobs.

Regarding migrant women, despite recent measures to combat the disadvantages they face, they continue to come up against important barriers. They usually confront more obstacles than migrant men to access employment, training, and integration services. They experience multiple forms of discrimination based on factors including gender, race, ethnicity, religion, and immigration status, putting them at a higher risk of experiencing violence, poverty, and social exclusion. Equally, the pandemic has disproportionately affected them and other vulnerable communities within which women take part, such as Roma. The impact includes physical and mental health, job losses, possible increase in discrimination and racism, and an increase in gender-based violence.

Finally, on this day Eurodiaconia calls on the EU to promote a gender-sensitive recovery from the crisis with a special focus on women from vulnerable groups, to reduce the risk of exacerbating inequalities and going backwards in the last decades’ achievements. Equally, the EU needs to include the gender dimension in budgeting to truly advance gender equality and women’s rights.  Finally, the EU must move from words to action, and effectively align its goals with the 2030 Agenda for Sustainable Development, which claims for a “world in which every woman and girl enjoys full gender equality and all legal, social and economic barriers to their empowerment have been removed”.