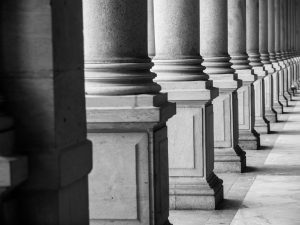 The European Pillar of Social Rights represents the Juncker Commission’s flagship initiative to promote upwards social convergence across the EU. After a lengthy consultation period, the European Commission launched an ambitious proposal outlining 20 principles in April 2017. However, the key question is how these principles, which are not enforceable, can be translated into meaningful social change.

Against this background, the event on the 12th July brought together a wide range of stakeholders to reflect on key ways to ensure policy coherence, meaningful stakeholder involvement and effective implementation at the national level. A particular focus was placed on the Pillar’s social protection angle.

The event featured discussions on effective implementation of the Pillar, and reflection on how to ensure meaningful stakeholder involvement. Eurodiaconia Secretary General Heather Roy underlined the importance of structural change as well as commitment to push the Pillar forward, and ownership and coherence with other polices was highlighted by Pavel Trantina, President of the Section on Employment, Social Affairs and Citizenship, EESC.

To hear more about the conference, its discussions, panels and the conclusions made, we invite you to read the event report.