Take part in the Europe In My Region photo competition 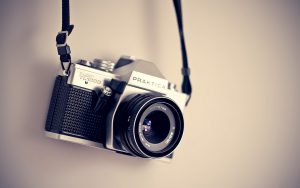 The European Commission has launched a photo competition, encouraging citizens to discover European projects near them. The Europe in my region photo competition is part of a European Union-wide campaign open to anyone who spots a great photo opportunity showing a project in their region or when travelling to another region.

Thousands of projects across Europe receive regional funding from the European Union each year. They could be anything from a support programme for small businesses to improved public transport or greener energy use.

To take part, there are three simple steps.

Entries must show the billboard or plaque with the EU flag somewhere in the picture so that we know the project featured has received EU funding. By showing how EU investments are being used, the successful participants will win a 2-night trip for two to Brussels and to take part in a photography workshop in October 2017.

The deadline to submit entries is 27 August 2017, and the winners will be announced on 15th September 2017.

You can find out more about the photo competition on the website, and more information is also available about the EU’s Regional policy and other EU funds.