Weekly editorial from our Secretary General: Well-being at the core of the EU 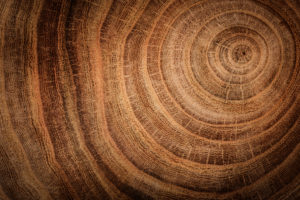 This week, in amongst all the debates around Brexit and the new Commission, something quite revolutionary happened – yet quietly and in the most part unseen…the Finnish Presidency of the European Council got the Member States to adopt recommendations on how to put people and their well being at the centre of all policy-making – including economic policy. The adopted conclusions on the Economy of Well-Being make the following claim: People’s wellbeing is a responsibility of the European Union and its Member States.

The Economy of Well-being brings into focus the raison d’être of the EU as enshrined in the Treaties and in the Charter of Fundamental Rights of the European Union. The realisation of people’s full potential and the enjoyment of fundamental rights are central components of the Economy of Wellbeing. Sustainable and inclusive economic growth and resilience function as enablers for the wellbeing of people, societies and the planet. Stating that this is a responsibility of the EU challenges the view that social policies should not be dealt with at EU level – and rather puts social and economic wellbeing in the centre rather than on the periphery where it has been up till now.

Why has such an approach been successful? I think in part it is down to a greater awareness of politicians that ignoring inequalities and social risk was no longer a viable political strategy for the EU. With the adoption of the European Pillar of Social Rights and the increasing socialisation of the European Semester, a path was created to move forward with the argument that good social policies are economically rewarding – as well as ensuring people’s fundamental rights.

The new European Parliament and many of the new European Commission seem committed to continuing on this path with the proposal of an action plan on the Pillar. But I think it is also down the increasing visibility of organisations who work every day with people and situations that need positive change.

The work of Eurodiaconia members all over Europe points to the need for more work on well being because they can see the positive results of putting people at the heart of policies.

This week, some of our team visited members in Romania and saw how quality elderly care makes a difference in life expectancy and enjoyment. Last week members from Spain came to Brussels and presented the work they are doing to support victims of human trafficking to regain dignity and purpose in life and this weekend we will be celebrating how over 30 years Diaconia in Poland has been contributing to ensuring active ageing policies are developed and that people with disabilities have every opportunity to participate in society. In two weeks’ time, we will be in Finland, working with our members there and the Finnish government to see how we can take this revolutionary consensus further and ensure that this really is a responsibility of the EU for years to come.

Have a good weekend,
Heather