Consultation on possible gaps in the Racial Equality Directive 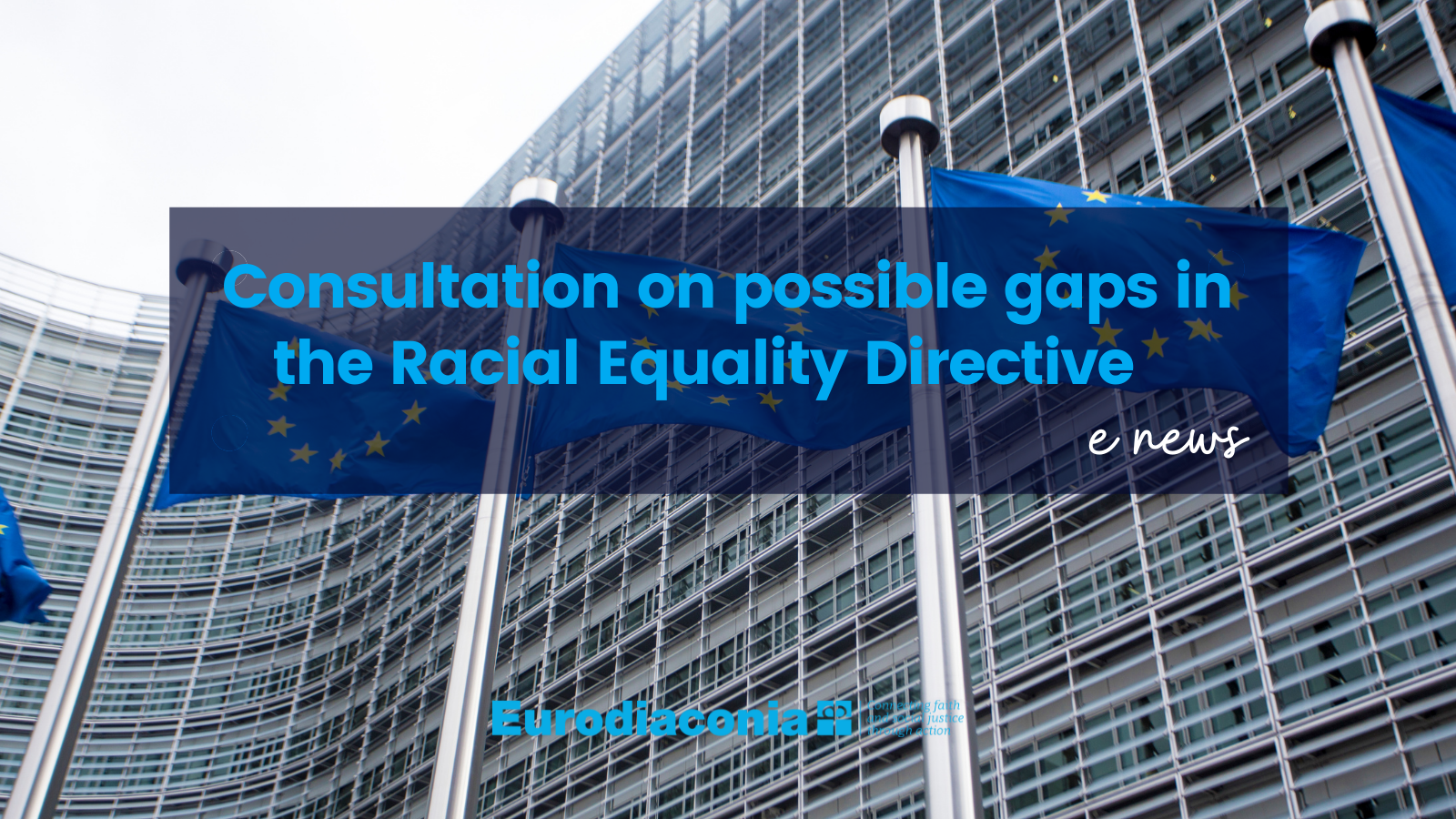 On January 17th, 2022, the European Commission launched a public consultation on possible gaps in the Racial Equality Directive. The consultation was part of a process aimed at addressing potential weaknesses in EU legislation prohibiting discrimination based on ethnic or racial origin. It followed up on the launch of the EU’s Anti-Racism Action Plan (2020-2025) and a 2021 report on the application of the Directive.

In Eurodiaconia’s submission to the consultation, we highlighted issues of structural racism, intersectionality, data collection, educational segregation, labour & housing market discrimination and the impact of crises on ethnic minorities.

Our submission to the consultation was based upon the work and experiences of our members who have expressed their concern about educational segregation, a lack of disaggregated data demonstrating the extent of racial discrimination and the disproportionate impacts of crises on ethnic minority communities.

Our recommendations are summarised below:

Any possible amendments to the Directive, as well as subsequent policies and interventions, will only be effective with the active participation of people from ethnic & racial minority backgrounds. Their engagement in the development, implementation and monitoring of policies is crucial in ensuring measures are relevant and effective.

Any amendments to the Directive are planned to be proposed by the Commission in Autumn 2022.