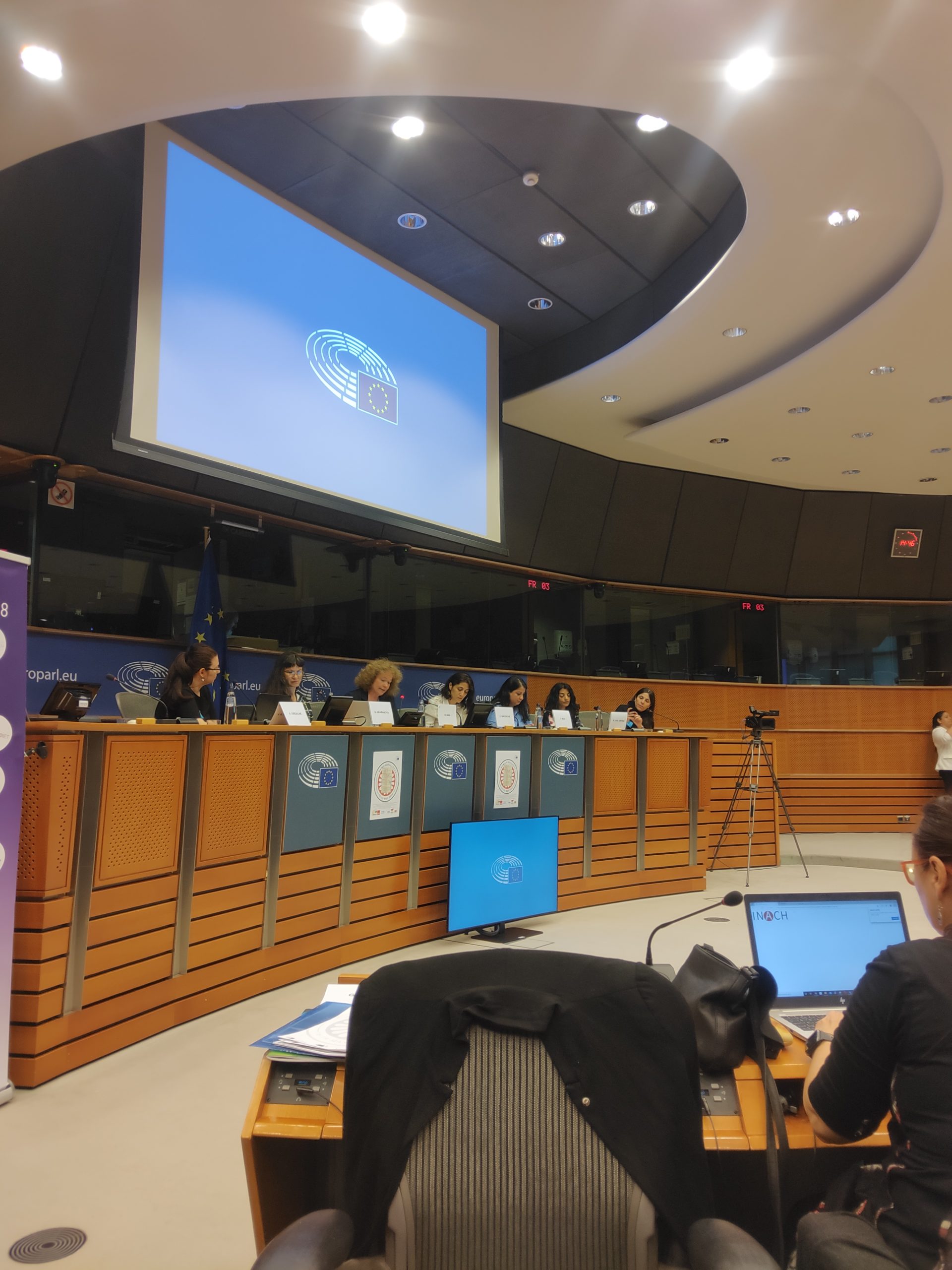 Last week Eurodiaconia participated in Romani Week 2022. Romani Week is organised annually in the European Parliament and this year aimed to debate post-2020 policies for the equality and inclusion of Romani people across Europe and to push the European Union and its member states to put the fight against antigypsyism at the forefront of efforts to include Romani people. The message behind the week was clear: Romani people are European citizens – equal and diverse!

Together with our member, Helsinki Deaconess Foundation (HDI), and the Intersect Voices Project consortium1, Eurodiaconia hosted an event on intersectional discrimination experienced by Roma women. This was also the concluding event for the Intersect Voices project, which has worked to improve the understanding of the diverse experiences of multiple and intersectional discrimination faced by Roma women.

The event began with opening remarks from MEP Monika Vana who stated her commitment to supporting Roma across Europe. We then heard from MEP Juan Fernando López Aguilar, the chair of the LIBE Committee, about the anti-discrimination framework of the European Union and the work being done by the European Parliament to strengthen it.

The event then featured a dialogue between two Roma activists, Ms. Anca Nica (E-Romnja) and Ms. Maria Jose Jiminez (President – Gitanas Feministas). They spoke strongly about the lack of Roma representation within NGOs and political bodies which claim to work on behalf of Roma and the need to truly listen to and consider the experiences of Roma women. Ms. Roxana Oprea (E-Romnja) and Ms. Adriana Iordache (Asociaţia pentru Legislaţia Nonprofit) then presented the research and policy recommendations that have come out of interviews and legal research conducted as part of the Intersect Voices project.

We then turned to a panel discussion, moderated by Ms. Gabriela Hrabanova (Executive Director – ERGO), between:

The panellists emphasised the need to hold authorities and non-Roma actors to account for the words they say and the promises they make to improve the socio-economic exclusion of Roma. We also heard in more detail about efforts being made at both European and national levels to combat discrimination and the need for governmental bodies to recognise the intersectional nature of discrimination and Roma women’s identities.

On behalf of Eurodiaconia and our event co-hosts, we want to thank everyone that came together to make Romani Week 2022 a success and those who contributed to our event that brought together Roma and pro-Roma women from across Europe, to place their fight for justice and equality at the heart of the conversation.