Poland and the rule of law mechanism 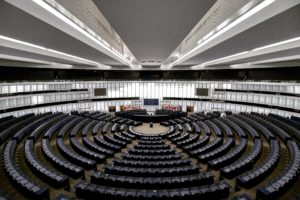 The Parliament asked the Commission to act immediately to defend Polish citizens and the foundations of EU law, by triggering the conditionality mechanism.

On the 7th of October, Poland’s Constitutional Tribunal stated in a verdict that Poland’s Constitution has primacy over EU law. On the 19th of October, there was a heated plenary debate with Polish Prime Minister Mateusz Morawiecki, Commission President Ursula von der Leyen, and Slovenian Foreign Affairs Minister Anže Logar. Most MEPs condemned the contentious ruling of the Polish Constitutional Tribunal. They called into question the independence of the court itself and warned against the Polish government’s regressive path towards totalitarianism. MEPs stressed that all EU countries voluntarily agree to common rules when they join the Union and insisted that there is no conflict between the EU legal order and the Polish Constitution.

A majority of MEPs asked the Commission to use all the tools at its disposal to, above all, defend Polish citizens and finally trigger the rule of law conditionality mechanism. This conditionality mechanism is part of the post-Coronavirus crisis recovery package, it is a new tool designed to protect EU funds from being misused by EU governments who are found to have failed to respect the principle of the rule of law. The rule-of-law conditionality mechanism has already been in force since 1 January 2021. The rule of law framework and the procedure is foreseen in Article 7 of the EU Treaty can be triggered to address the persistent violations of democracy and fundamental rights in the EU, including attacks on media freedom, journalists, as well as freedom of association and assembly.

MEPs voiced their strong support for Polish citizens who are taking to the streets to fight for rule of law and judges and prosecutors that continue to apply EU law and called on Polish authorities to listen to and respect them.

To learn more about current calls for proposals or Eurodiaconia’s funding events, please don’t hesitate to get in touch with our Policy, Projects & Research Officer Vera Nygard at vera.nygard@eurodiaconia.org and our Projects Assistant Giorgia Signoretto at giorgia.signoretto@eurodiaconia.org