Rule of Law: Parliament prepares to sue Commission for failure to act 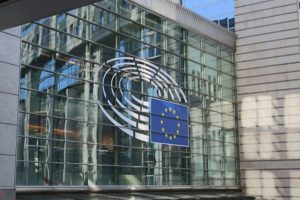 In a resolution adopted on 10th of June, the European Parliament noted that the new conditionality instrument to protect the EU budget, which also applies to the Recovery funds, has been in force since 1 January 2021; despite this, the Commission has not proposed any measures under the new rules and has not respected the deadline given by Parliament to finalise the guidelines on the application of the Regulation.

The rule of law conditionality regulation, designed to protect EU funds against their possible misuse by EU governments, entered into force on 1 January 2021. However, no measures have been proposed under the new rules. The European Council asked the Commission to delay their application so member states could challenge it in the EU Court of Justice (Poland and Hungary did so on 11 March 2021). However, the Parliament reiterated that the European Council’s conclusions on this matter carry no legal effect.

The European Parliament urges the Commission to swiftly address the severe violations of the principle of rule of law in some member states that are seriously jeopardising the fair, legal and impartial distribution of EU funds. It should use all tools necessary, including the procedure foreseen in Article 7 of the EU Treaty, the EU rule of law framework and the infringement procedures, to address the persistent violations of democracy and fundamental rights in the EU, including attacks on media freedom, journalists, as well as freedom of association and assembly.

To learn more about current calls for proposals or Eurodiaconia’s funding events, please don’t hesitate to get in touch with our Policy, Projects & Research Officer Vera Nygard at vera.nygard@eurodiaconia.org and our Projects Assistant Giorgia Signoretto at giorgia.signoretto@eurodiaconia.org.