Weekly editorial from our Secretary General: The responses we are already developing 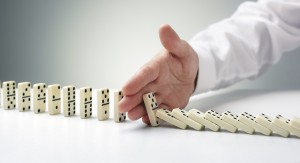 I am writing this just after returning from the European Association of Urban Mission Conference. This brings together City Mission organisations from across Europe and was hosted by Eurodiaconia member Sleszka Diaconia in Ostrava, Czech Republic. City mission organisations are at the heart of social work in urban areas. They are often working with those who are invisible to mainstream social services and combine social enterprises such as second hand clothes shops with work integration, providing shelter and local community development.  Due to their position in being at the heart of cities they are often able to identify significant emerging trends. The Stockholm City Mission presented their analysis of trends in their city and country including growing social gaps, increased global and European migration, poverty being an increasing reasons for homelessness (inability to pay rents/mortgages) as opposed to more traditional reasons for homelessness. Mental health was seen as a growing concern among young people but also among older people. The City missions are developing responses to these challenges and as they enjoy high credibility with the general public they have possibilities to explore different avenues of funding, partnership and policy exchange. The City Mission in Vienna told me of how varying levels of minimum income in Austria drove people to move to where they could get the most money – but also saw many people falling into debt due to higher living costs. From the UK they talked not only about the social needs but the spiritual needs of the people they were working with, and the need to have the possibility to go beyond social service and go to ‘whole person service’. City missions from the UK, Germany, France, Austria, Spain, Poland and the Czech Republic were united in having concern for the welfare of the people in their cities and committed to bringing hope, justice and transformative care to all they can. The work of city missions is not diminishing but growing in Europe.

At a European level we need to pay attention to the work of the City Missions and to the trends and challenges they are identifying. If the trends and challenges are left unmet then we will have more poverty, more destitution, more isolation and polarisation, more loneliness and more social unrest. The current consultation on a European Pillar of Social Rights could not be more timely. We need to ensure that we have the recognition and implementation of social rights in Europe that goes beyond employment or health and safety legislation but ensures that rights to shelter, adequate minimum incomes, access to essential services and many other rights are guaranteed and accessible. On Tuesday next week we will be taking that message to members of the European Parliament for our annual breakfast meeting. We will have the opportunity to discuss social rights with high level representatives from the European Parliament and European Commission and put across why we need both ambition and commitment from the European institutions and Member States to address poverty and social exclusion through social rights. I hope we will be able to bring at least some of the motivation and commitment I saw from the City missions this week into that debate and in return we will get a commitment to positive change.

Have a good weekend,
Heather