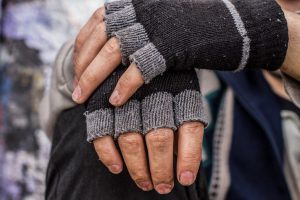 Our member Diakonie Deutschland has recently contributed to two new important reports on poverty in Germany, marking the gaps in social rights experienced by disadvantaged categories. In particular, the yearly poverty report has been picked by mainstream media and influenced the public debate on the topic.

The yearly report on poverty in Germany has been recently released by the German Anti-Poverty Network, of which Diakonie Deutschland is also a member. The 2018 report has a particular focus on:

The 2018 yearly report has been picked up by several mainstream newspapers and media and has confirmed its value as a key document capable of influencing the public debate on poverty in Germany.

The German Anti-Poverty Network yearly report came after another significant study on poverty in Germany, focusing on Access to fundamental rights for poor people and published early this month by our German member Diakonie Deutschland together with the German Institute for Human Rights, the National Poverty Conference, and actors from the Unemployment-self-help-group.

This report – titled “Wie kommen die Armen zu ihrem Recht?“ (“How do poor people access their rights?“) – analyses the concrete obstacles on access to fundamental rights for people experiencing poverty in Germany, in particular for the nearly 6 million people who receive basic security but still need to overcome barriers such as affordable housing. Lastly, the report provides recommendations on how to overcome these barriers in order to foster social inclusion.

To know more about Diakonie Germany report on access to fundamental rights for people experiencing poverty in Germany, please read the full document (available in German).